THE INNER GAME OF VITALITY

Performance in your productivity and your health,

Discover the fastest & easiest way to achieve Peak Performance in your productivity and your health, 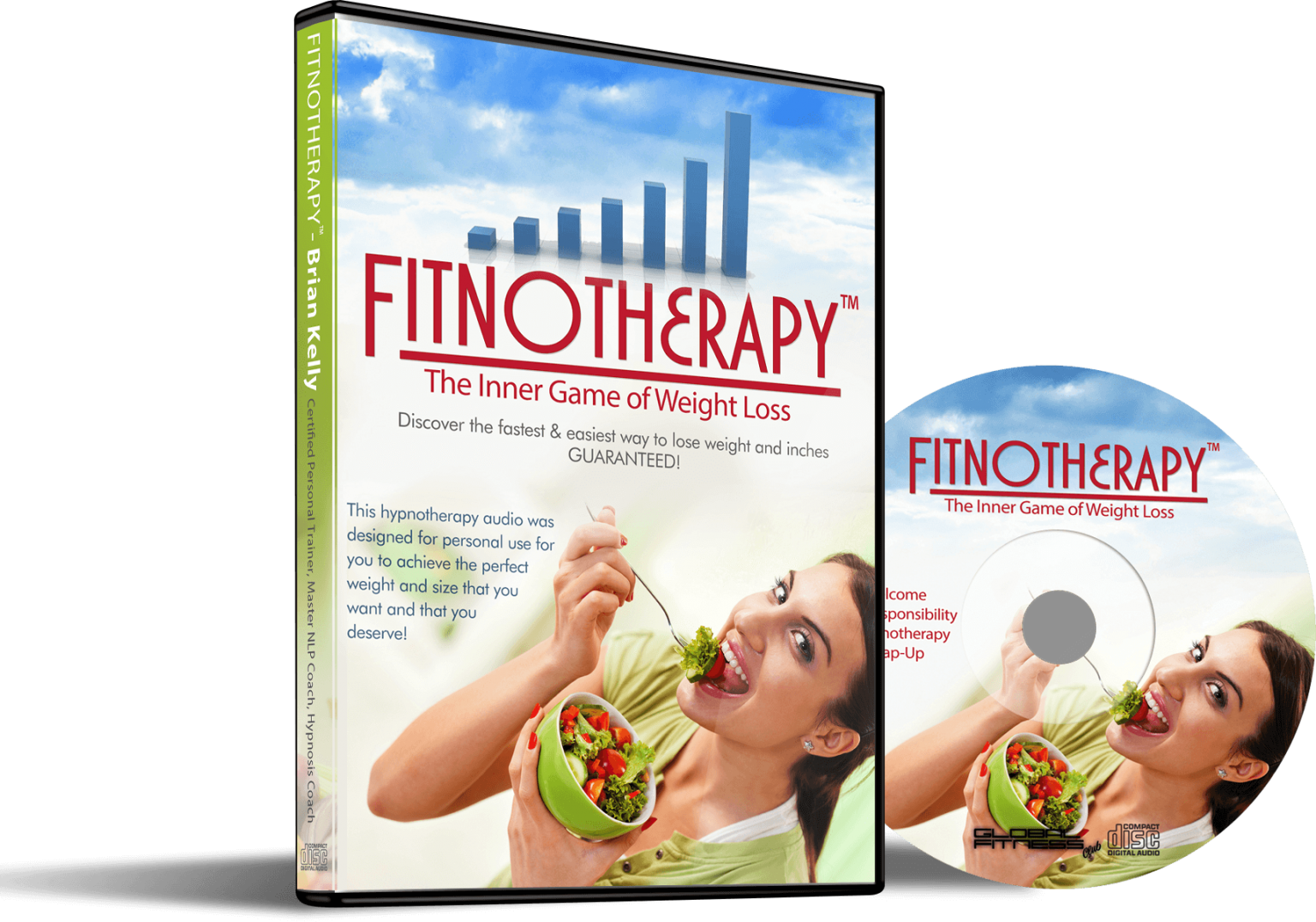 THE INNER GAME OF WEIGHT LOSS $97 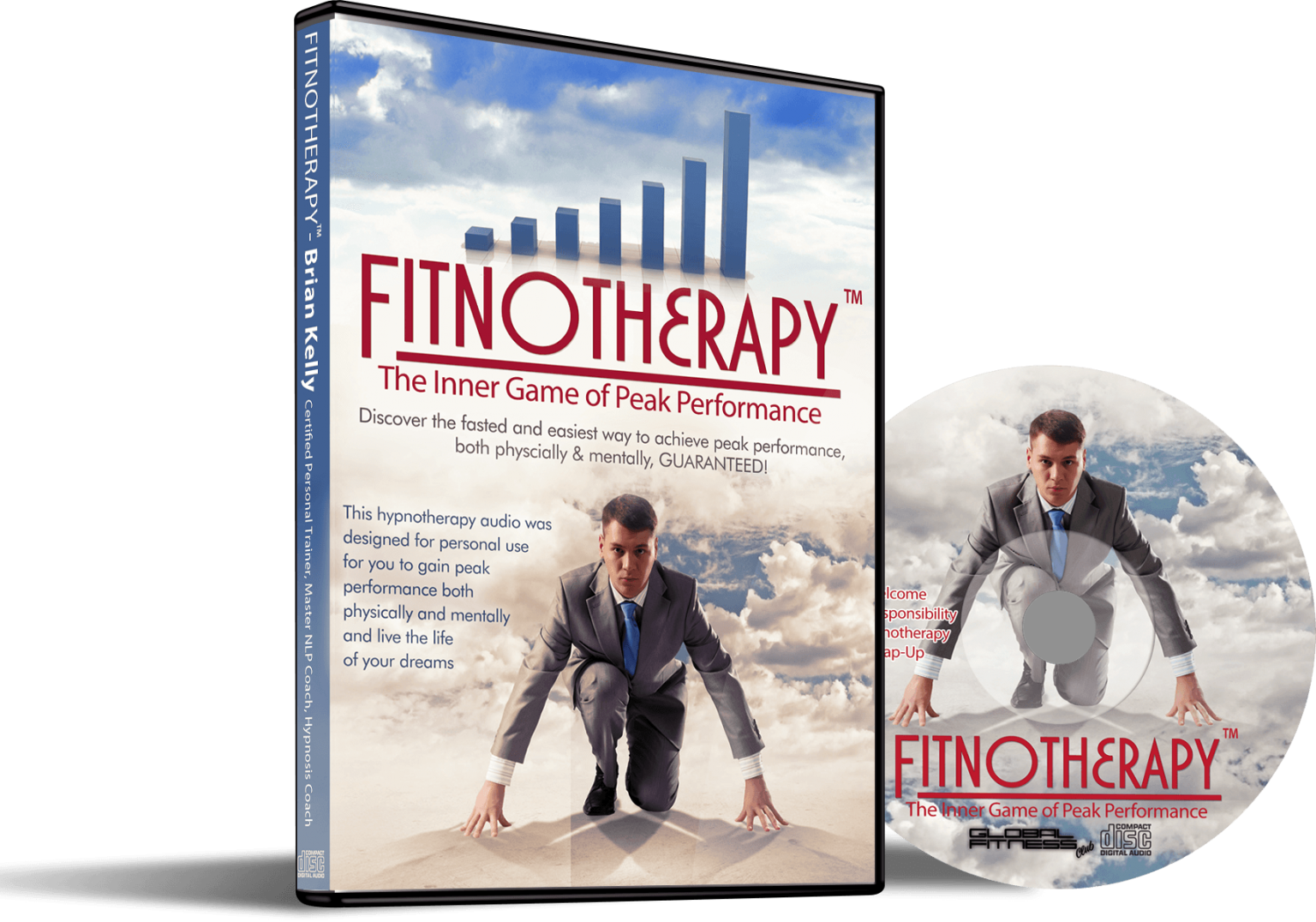 THE INNER GAME OF PEAK PERFORMANCE $97 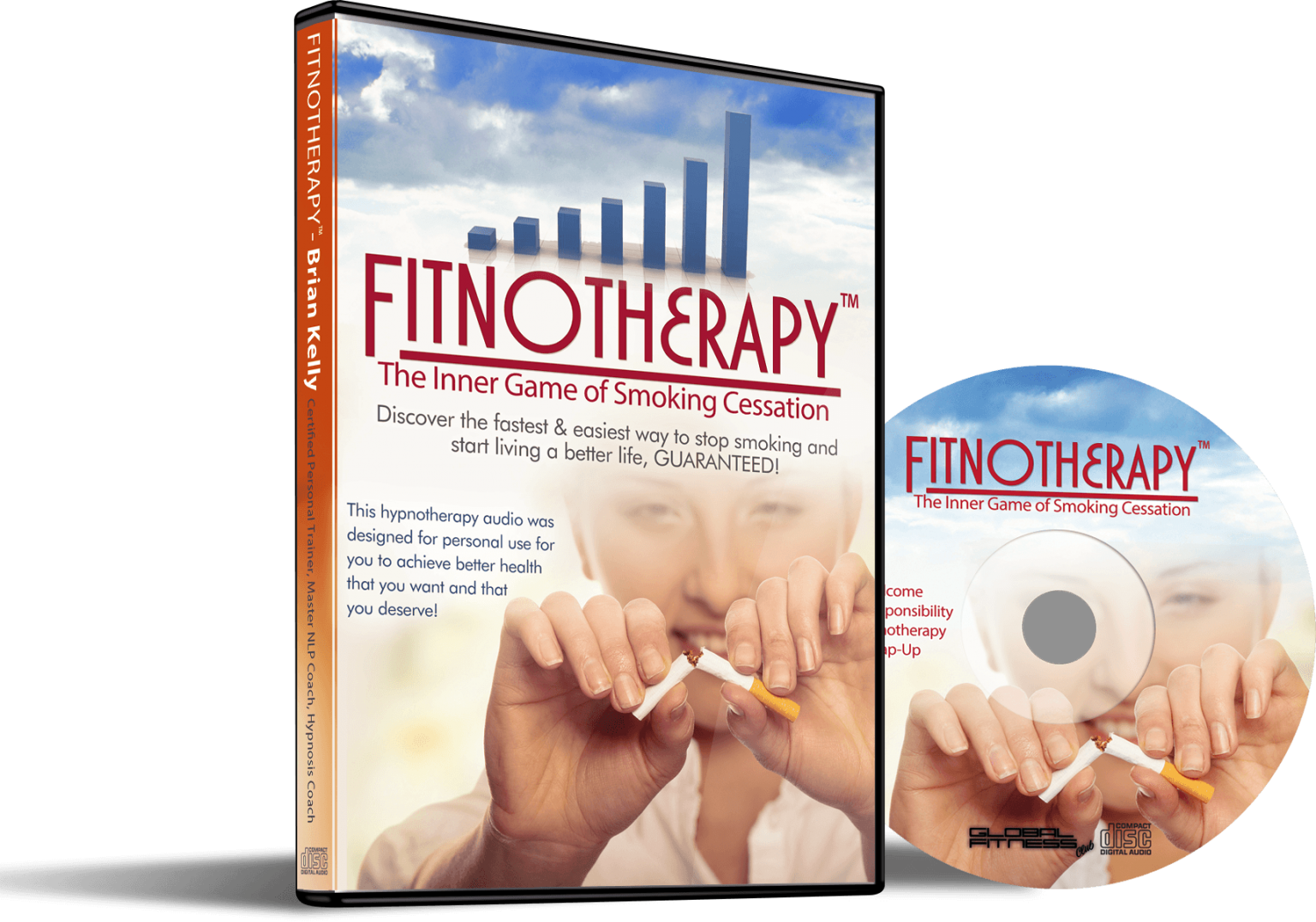 THE INNER GAME OF SMOKING CESSATION $97

I truly believe that all change happens in the unconscious mind and Fitnotherapy is an amazing tool to do just that! Fitnotherapy sets the foundation for a new healthier lifestyle because it focuses on your mindset. By using hypnosis and positive suggestions, this tool allows you to create instant change within yourself! For me, I’ve seen the results immediately. I crave healthier food choices and am even waking up earlier, more easily (and I’ve never been much of a morning person before now)! I also feel even more committed to beating my own personal best. Thanks Brian and Fitnotherapy! I’ve only been using it for a week, and already love this program and love how I am feeling! Can’t wait to see the results after more long term use! 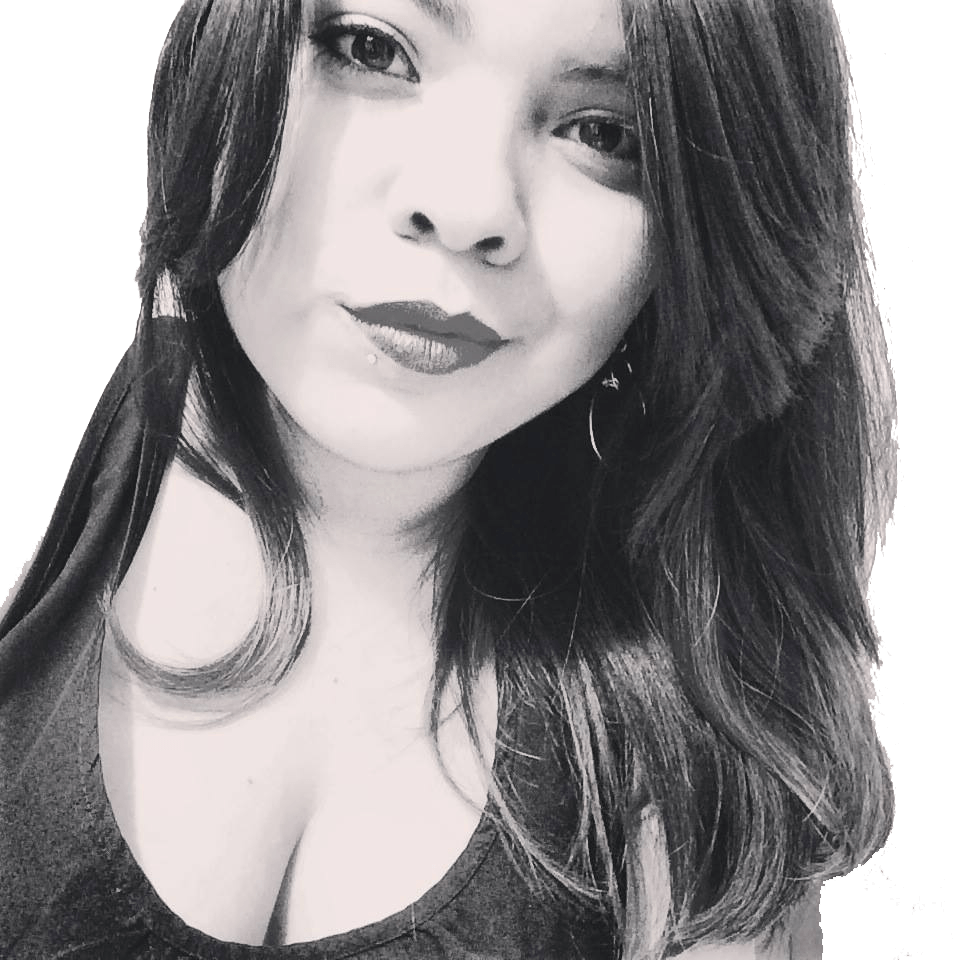 Monica The Foundation For A Healthy Life

I’ve been listening to fitnotherapy for the past month and a half, I have lost over 13 pounds and it has give me results in different parts of my life. I started waking up earlier which I was amazed because it was effortless. I also started eating completely differently, much more healthier. Even the foods that I used to eat before that I loved which are junk food I can no longer stand eating them. I could be with people eating junk food and not crave it, even a little bit. I cannot be more than thankful to Brian for this opportunity that he gave us by creating this product and changing lives with it like mine. Thank you so much! 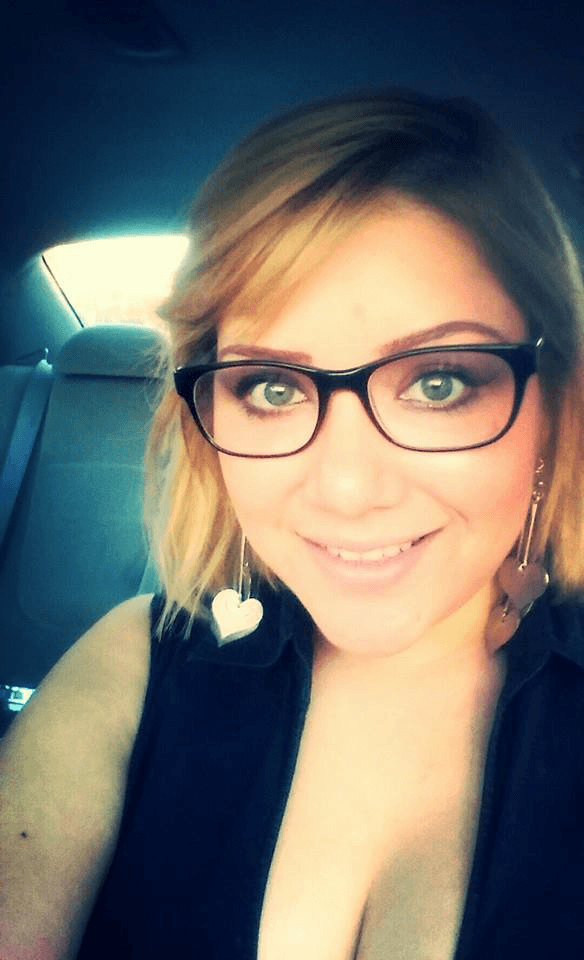 Benerice I Have Lost Over 13 Pounds

I interview fitness professionals from around the world and I had the chance to interview Brian. I can tell you this much, he KNOWS HIS STUFF! His knowledge of health and fitness goes beyond the “gym and workout” stuff, he taps into the psyche of the individual, where change actually starts. His Fitnotherapy program is designed to reach an individual’s inner self and learn how powerful it can be. I highly recommend Fitnotherapy. An added benefit of this program is it’s not only for your health and fitness, but its principles can be used in all walks of life. Thanks Brian! 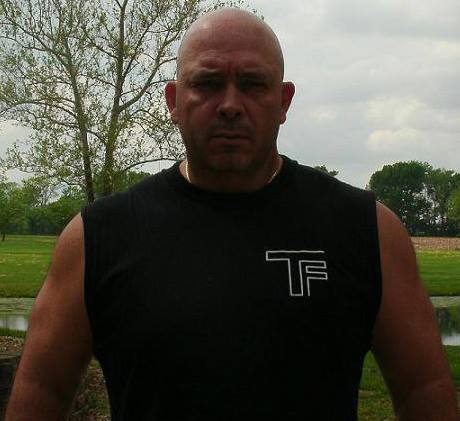 Will I still be in control of myself?

This is what most people are afraid of. They are terrified that if they really submit to the relaxation of hypnosis and go fully into a trance like state that they will no longer be in control of themselves and can be easily controlled by the person that is hypnotizing them. But be assured that you are still fully in control of yourself when you are hypnotized. You are still conscious, but your conscious mind is extremely relaxed. No one can take control of you and make you do stupid things while you’re hypnotized unless you allow it.

Am I surrendering my free will if I get hypnotized?

This is what most people are afraid of. They are terrified that if they really submit to the relaxation of hypnosis and go fully into a trance like state that they will no longer be in control of themselves and can be easily controlled by the person that is hypnotizing them. But be assured that you are still fully in control of yourself when you are hypnotized. You are still conscious, but your conscious mind is extremely relaxed. No one can take control of you and make you do stupid things while you’re hypnotized unless you allow it.

Can I be hypnotized without my consent?

This is another area of concern for a lot of people that don’t know a lot about hypnosis. But don’t worry. No one can hypnotize you without your consent. It just plain won’t happen. Hypnosis isn’t magic. Hypnosis is a state of very deep relaxation. If you don’t want to be hypnotized then you won’t be able to relax and you won’t enter a hypnotic state. The process of entering a hypnotic state takes some time because it will take time for your body and mind to reach the deep relaxation that is necessary for hypnosis. You can stop the hypnosis session at any time during that process if you’re not comfortable or if you don’t want to be hypnotized. You’ve probably seen hypnosis done in movies or on TV where the person doing the hypnotizing snaps their fingers and the other person immediately falls into a trance and is incapable of doing anything but what they are told. That’s not how hypnosis works.

What happens if I can't come out of hypnosis?

It’s physically impossible for that to happen, because you are not unconscious at any point during the hypnosis. You will be in a deeply relaxed state but fully conscious and you can come out of that state at any time that you want to. You can also come out of that state when given a verbal cue by the hypnotherapist. Sometimes when you get the verbal cue to come out of your hypnosis you may not want to because the relaxed state you are in feels so good. When that happens it may take you a few minutes to return to your normal awareness but that is only because you want to stay in the relaxed state, not because you are being forced to stay in it or because you can’t come out of it on your own. You are always in control, even when you are deep in a hypnotic state.

Can I hypnotize myself?

You absolutely can hypnotize yourself. You will need to learn the proper way to do it but once you’ve had some instruction it’s very possible to hypnotize yourself. Some people prefer self-hypnosis because they don’t trust another person to hypnotize them and can’t relax enough to get into a true hypnotic state when someone else is around. You can also hypnotize yourself between sessions with a hypnotherapist if you feel you need a little extra relaxation. When you’re using self-hypnosis though you aren’t getting the expertise and therapeutic help that you would be getting from a trained therapist so if you’re using hypnosis to help you deal with Anxiety, Depression, or psychological issues then you should probably see a professional therapist instead of relying on self- hypnosis.

Does hypnosis work on children?

Yes, hypnotherapy is often used to treat children that have behavioral disorders and children that have had traumatic events happen to them. Children have also been put into a hypnotic state in order to help police solve crimes in crimes where children have been attacked. Some hypnotherapists have found that using hypnosis as a method of treating night terrors for children under 10 years old can be more effective than other treatments because putting the children in a deep hypnotic state before bed relaxes their brain enough that they don’t have night terrors. If your child is having night terrors and has not responded well to other treatments using hypnosis is an option you should discuss with your doctor.

Lots of people are skeptical about hypnosis at first, but usually that’s because they don’t have a good understanding of how hypnosis is used for medical and psychological treatments. Hypnosis is not some crazy New Age therapy. It’s a legitimate therapeutic technique that has been used with proven success to treat medical and psychological disorders in millions of people. Anyone can be treated with hypnosis, and in most cases hypnosis is a very effective form of treatment for many different disorders. Hypnosis has a long history of being used to treat illness; it’s not a new or untested therapy.

How many problems can I cure at once using hypnosis?

Hypnosis isn’t a magic cure that will get rid of all of your problems at once. You will still need to address your medical and psychological problems one at a time, and over the course of several treatments, in order to see results. It’s possible that symptoms of one disorder that mimic symptoms of another disorder might go away with the symptoms of the other disorder but in general you will need to tackle one problem at a time when you’re using hypnosis as a treatment.

Do I need to go through more than one session?

Hypnosis is perfectly safe. You are always in control of the situation and you are never unconscious. Unlike drug therapies hypnosis has no possible side effects and in most people hypnosis always works unlike drugs which may work or may not work depending on your body’s chemistry and what the disorder is. Hypnosis can safely treat the physical and mental aspects of common problems like addictions safely and can help you break your physical and emotional dependence on overeating, smoking, drinking, drama, anger, or any other destructive addition that you might have.

Please fill out the form, if you have any questions, or to learn more about my products and services OR better yet show us some love on social media.

If you are looking to amplify the results in your life, Brian Kelly is the man to get you there! If you’ve ever wanted to get unstuck and blast through your barriers, Brian’s training is a MUST!

Brian has really made a big impact on me. He is so genuine. Everything that he does is heart-centered. I’ve seen him at events doing really great presentations. He attracted a lot of awesome people.

Perfectionism can stagnate you.

"It's Not About How You Look, But How You Feel About The Way You Look"

PROVEN AUDIO PROGRAMS TO HELP YOU: